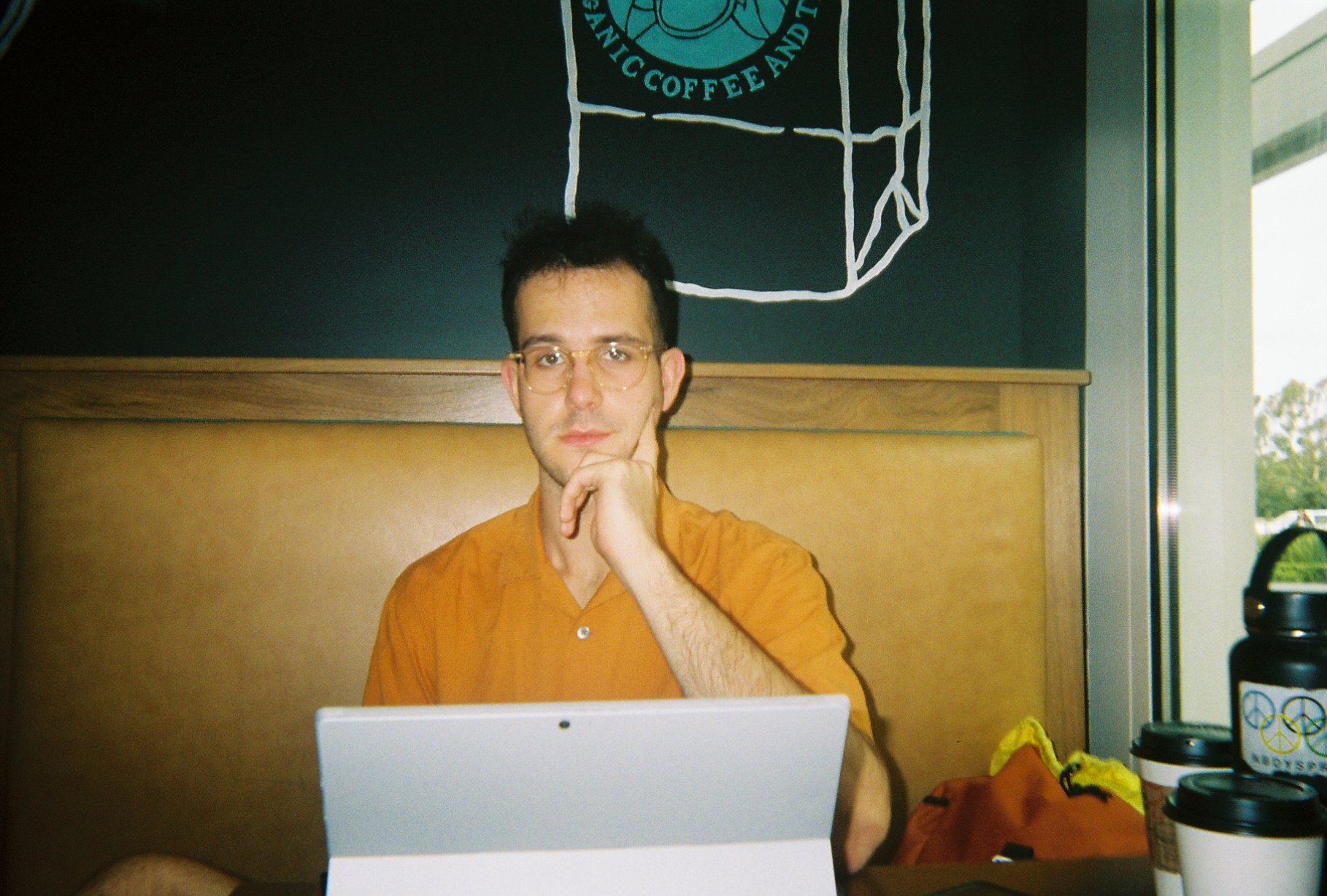 For most music creators, making their music available where people can listen to it is a crucial step towards making a living as an artist. And, with a lot of online distribution options, it’s never been easier to get one’s music onto digital music platforms like Spotify, Apple, Deezer, and so many more - which are also known as Digital Service Providers (DSPs).

But, with a host of DSPs spread out over many countries around the world, it can be difficult to understand what royalties are payable, from what DSPs, in what territories, for your songs’ usage - and how to do this without the help of a publisher. Because of this complexity, quite a bit of royalties go entirely unclaimed. Please note: we are specifically referring to songwriter royalties - aka publishing royalties - throughout this piece. If you are a self-releasing musician, you will also be earning master royalties from digital streams, which your distributor will collect and pay through to you. If you are signed to a record label or are a songwriter who co-writes with a self-released artist, you will not be directly collecting your master-side royalties. But you still need to make sure to get your publishing house in order to avoid losing revenue.

According to The Mechanical Licensing Collective, $424,384,787 in uncollected royalties remained outstanding as of February 2021. It’s a jaw-dropping figure, and it only covers the U.S., meaning there’s even more money unallocated on an international level.

To better understand the role a DSP plays in your royalty collection, it’s important to understand DSPs’ place in the industry, who the major players are, what to keep in mind when distributing your music to them, and how they can make money for you, the songwriter.

The Importance of DSPs In Today’s Music Industry

In today’s industry, DSPs are the marketplaces in which most music is consumed, due to the rise of both paid and ad-supported subscription-based streaming services, like Spotify and Apple Music. DSPs have become an essential part of earning money via songwriting since they are considered both a public broadcast and a reproduction of the song, which qualifies the songwriter to earn both of the major types of publishing royalties: performance and mechanical.

In the IFPI’s 2021 Global Music Report, it’s stated that streaming DSPs revenue grew to $13.4 billion in 2020. To be clear— that’s 62.1% of the total global recorded music revenue. This amount just keeps growing, too, as that was a 19.9% increase from the previous year. This massive leap in streaming revenue follows a trend of similarly large jumps over the last five years, according to the IFPI’s previous Global Music Reports. As long as streaming continues to be a primary way to consume music, DSPs will be an important partner and revenue source.

It’s important to understand that the DSP market has been largely globalized. Many of the DSPs popular in one country are popular in the next. For example, Spotify is very popular in the U.S. But, with 83 million users as of Q4 2020, its North American user base doesn’t come close to eclipsing Europe’s 121 million users (remember, Spotify started in Sweden), and isn’t far off from being passed up by Latin America’s 76 million users. Spotify is a worldwide phenomenon, and so are the rest of the major DSPs, like Apple Music, Amazon Music, and YouTube.

These services are huge, but they have a lot of competition. Deezer and Napster are similar on-demand streaming services and have been around as long as any of the others. Services like TIDAL and Qobuz have taken a different approach, offering more editorial and exclusive music in the case of TIDAL, and high-resolution audio, in the case of Qobuz. The iTunes Store, though not as popular as it once was, remains the primary destination for those who wish to buy music downloads. Then, there are massively popular apps, like TikTok and Triller, that are based around music and must pay royalties to use said music. All of these services, despite not being quite as large as the aforementioned DSPs, still have significant worldwide appeal and should be considered when distributing your music.

In addition to on-demand streaming services like Spotify, where you choose what you hear, the North American market has two huge internet radio providers: Pandora and iHeartRadio. These two online radio services are examples of non-interactive streaming services, meaning these DSPs choose the music for the user, and for that reason - like with broadcast radio - songwriters receive only performance royalties, not mechanicals.

Latin American and European markets, as mentioned above, tend to resemble North America in that they stick to established international DSPs. Each area does have other options, like Claro Música in Latin America, United Media Agency in Russia, or the Balkans-centric Yandex.Music, all of which have established fan bases and are worth mentioning.

Asia’s DSP market is an outlier of the world, due to the involvement of Tencent Music. The streaming behemoth owns a family of Chinese DSPs that reeled in over 51.7 million paid subscribers as of November 2020.

Tencent is not the only DSP to pay attention to here, though. JioSaavn, one of India’s most popular DSPs, had 104 million users over two years ago and has only continued to grow. Anghami, the Middle East’s first DSP aimed at Arab music, has gotten so large that it recently became the first Arab tech company to join NASDAQ. Other DSPs of interest include Japan’s Line Music and AWA, TikTok inventor ByteDance’s newest DSP Resso, and Tencent competitor NetEase Cloud Music. Asia’s DSP market is growing and will be for the foreseeable future.

Africa’s DSP market is younger than the rest and largely untapped for a number of reasons, a primary one being that in a lot of parts of Africa, data plan access is still quite restricted, or prohibitively expensive as a proportion of income. Spotify and Apple Music have only recently begun to move into Africa, leaving the opportunities open for fledgling services like Boomplay Music, which had up to a 50% share of the African phone market as recently as 2019.

For independent musicians, getting music onto most of these DSPs nowadays is as simple as signing up with a digital distributor, who will deliver their works and take care of any potential issues for the songwriter for an upfront fee, a commission on earnings, or a combination of both.

Once a work has been uploaded to DSPs and is streamed or downloaded, it starts to earn royalties - and then you need to collect them.

According to a 2020 study done by the U.S. Copyright Office, DSPs keep track of how many times a work has been streamed or downloaded, then send this information to the appropriate collection society, which bills the DSP for the correct amount of royalties based on the pay rate they have agreed upon with the DSP.

However, many of these collection societies don’t distribute all streaming royalties directly to a songwriter - instead, only working with publishers and publishing administrators for the mechanical royalties collected. When you have a publisher or an administrator like Songtrust, not only can you collect all of the royalties your song earns from global streams, they will help ensure that all your songs are properly registered and resolve any conflicts.

Publishers also work to assure that their client’s international royalties are being collected, which involves registering the artist with hundreds of pay sources around the world. While collection societies often engage in reciprocal agreements with other territories, these collections can be limited to only certain sources, and subject to data-matching errors. A publishing administrator like Songtrust streamlines this process for their clients, and enables them to collect all the royalties their songs have earned.

What to Keep In Mind When Releasing On DSPs

Once a work is on its way into the ears of fans, here’s keep a few things in mind when thinking about your royalties?

Looking into the future, the interaction between DSPs, collection societies, and publishers/songwriters continues to shift.

In Europe, many of the major countries’ collection societies have aligned to create a multi-territory licensing firm, called ICE, that’s set up to consolidate these countries' copyright info in an attempt to streamline the international royalty collection process. In China, some DSPs have begun letting fans donate directly to songwriters. And in the U.S., the Music Modernization Act was passed in 2018, instituting a blanket mechanical license for streaming music. This act also designated The Mechanical Licensing Collective (The MLC) as the licensor and tasked the collective to create a publicly available database of all musical works and sound recordings.

Despite these changes, collecting all global royalties would be time-consuming and complex - too much for someone who wants to be making music, not filling out spreadsheets. That’s why, when you’re a songwriter, you need a publishing administrator like Songtrust on your side— or you could be leaving money on the table.

HOW DO I GET PAID BY SPOTIFY?

Your song is streaming on Spotify. Now find out how they pay out and make sure you're set up to collect all of your streaming royalties.

What’s The Deal With Unallocated Royalties?