Leading by Example: How Taylor Swift Has Spotlighted Musician Rights and Ownership 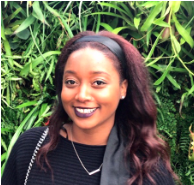 Taylor Swift is one of the most well-known singers and songwriters in the world. In addition to her eleven Grammy wins over her almost twenty-year career, she was named the American Music Awards Artist of Decade in 2019.

And now, Swift can add music industry disruptor to her resume, for her decision to re-record her first six studio albums. Swift’s battle to gain ownership of her recordings – which are usually contractually owned by the record label – is a story on a familiar music industry theme - the imbalance of power which can leave some artists, like Swift, without ownership of their own art. Though Swift is not the first artist to make this power move.

Multi-platinum recording artist Prince was one of the first artist rights advocates to speak out against the inequity of the music landscape in the ‘80s and ‘90s. Throughout his career, Prince was vocal about the need to manage the timeline for creating and releasing his music in response to industry standards. He also believed that artists should have more creative control over their art and own their recordings.

To this end, when Warner Bros. refused to sell him his recording catalog, Prince decided to re-record his albums starting his breakthrough, 1999. But unlike Swift, whose new versions of her albums have topped the charts, Prince’s new versions did not have a significant impact. In an era before digital music, Prince’s fans would have had to re-purchase his albums on CD, LP, or cassette - whereas Swift fans simply update their streaming library to her updated tracks.

Swift has had success with her re-recordings. But why did she feel compelled to take this step in the first place?

In 2019, talent manager Scooter Braun acquired the recording rights to Swift’s first six albums, when he purchased Scott Borchetta’s Big Machine Records, where she was signed until 2018. For several years, Swift had felt personally bullied and professionally attacked by Braun and his clients, which she described as incessant and relentless. With Braun in control of her back catalog, Swift was devastated that her music legacy would “lie in the hands of someone who tried to dismantle it.”

Swift tried and failed several times to purchase her recording rights. In 2020, she decided that she would exercise her contractual right to re-record her back catalog owned by Big Machine Records (now, Scooter Braun). This would give her ownership of the new versions of her first six albums and ultimately, regain control over her past work.

While re-recording one’s own music is not industry standard, for artists like Swift, it may be the only option to gain control of sound recordings and all of the rights associated with them.  Artists may not have a personal reason, like Swift, for wanting to regain ownership of their masters, or they could want this for purely financial considerations. Regardless, it is now easier than ever for artists to release re-recordings, if the option is contractually available, given our digital music ecosystem. Let’s dive into what it means to re-record, and how it is treated under the law.

What Does it Mean to Re-record?

When an artist re-records a song or an album, they’re re-creating the sound recording, but the underlying composition (song) is the same. While the songwriter retains the rights associated with the underlying composition – the performance royalties, in addition to the mechanical royalties – the owner of the sound recording retains the rights to monetize, distribute, and license that specific recording, regardless of who wrote the song.

When a performing artist re-records a song or album whose current recording is owned by another party, they retain ownership of the new recording. This means they can distribute - physically and digtally - and license this recorded version. You can see how this could significantly devalue the original recording for its owner, particularly if the versions are very similar.

So why wouldn’t every performing artist choose to re-record their own versions of their repertoire once a record label has invested in them, and they’ve reached stardom? Not so fast - whether or not an artist can re-record their music depends largely on current copyright laws and individual contracts between artists and labels.

While re-recording restriction clauses are included in nearly all contracts between artists and record labels, the specifics of individual deals are generally confidential. Usually, this clause will prohibit the artists from re-recording and re-releasing the songs or albums created through the duration of the contract, and for a period of time after the contract has expired. This restriction prevents the record label-owned recording from competing with the artist's re-recorded version in the same music landscape for several years after the contractual relationship has ended. And given that record labels often invest tremendous resources, money, and time into building the careers of their artists, you can see why they would need this restriction in order for their business to be viable.

Swift’s contract with Big Machine Records ended in 2018, and once her re-recording prohibitions were over, she released a new version of her 2012 breakthrough Red, now entitled Red (Taylor’s Version).

Re-recording terms vary depending on the artist and contract but generally range from about two to five years after the contract has concluded - depending on myriad factors. Another factor informing an artist’s legal capacity to release new recordings of existing songs is copyright law.

The world of copyright law is robust and complex. Current copyright laws allow for the re-recording of sound recordings as long as it “[i]s ''fixed” in a tangible medium of expression” different from the original version. Specifically, section 114(b) of the Copyright Act allows for an artist to make a recreation of their sound recording if it is within a new independent medium. This means that an artist must in fact entirely re-record the music and vocals; a new vocal recording using the original recording’s backing track, or vice-versa, would not suffice.

Swift’s decision to re-record her music was done in part to gain control of her new recordings and her legacy. Susan Genco of Music Artist’s Coalition believes that Taylor Swift ‘[i]s leading by example [in] showing fans and artists that it’s possible to take control of their future.” This move has shaken both music industry leaders and fellow artists alike.

Historically, record labels retain the ownership of their label artist’s recordings in exchange for the funding and expertise used to create and market the recordings. This has always promoted an imbalance of power between labels - holding the purse-strings - and artists, especially those young and inexperienced who may feel desperate for a break (Swift was 15 when she signed her deal with Big Machine). While labels can be incredible partners in developing artists’ careers in many cases, there are plenty of instances where performing artists have been treated poorly by those who they entrusted with their creative work.

Luckily for Swift and other artists in her situation, the streaming ecosystem and the ease of global distribution give artists more access and more leverage at the negotiation table. “Because more artists are coming to the table with such leverage—the ability to release music on their own and find an audience online—labels are having to make more concessions,” says Anne Steele of the Wall Street Journal.

Digital streaming makes a re-recording campaign like Swift’s feasible in a way that it wasn’t when music was sold in a physical format, as fans aren’t being forced to purchase a new CD or LP; they simply choose to stream the new version of the album rather than the old version, without any added inconvenience or cost. Swift’s high-profile case has made this clear, and some major record labels are lengthening the re-recording restrictions in their standard contracts in direct response.

As Swift’s situation has shown, it is more important than ever to understand contract terms and obligations, current copyright laws, and how to leverage the current music distribution trends to negotiate ownership in any recording contracts an artist may sign. Here’s to hoping that Swift’s upending of standard industry practices leads to a shift in the traditional balance of power between artists and record labels.

What Are Music Royalties? The Difference Between Recording and Composition Royalties