How to Make the Most of Your Copyrighted Music

As an independent songwriter, it’s absolutely vital that — to quote The Clash — you know your rights.

Before we break the basics down, let’s clear up a common misconception. Many songwriters believe they don’t own their work until they’ve filed a formal copyright request. The truth is it’s your intellectual property from the moment you decide a song is finished and it exists in a tangible form like a demo recording or lead sheet. This means that you own the copyright for that composition and may exploit your work in a number of ways, including: 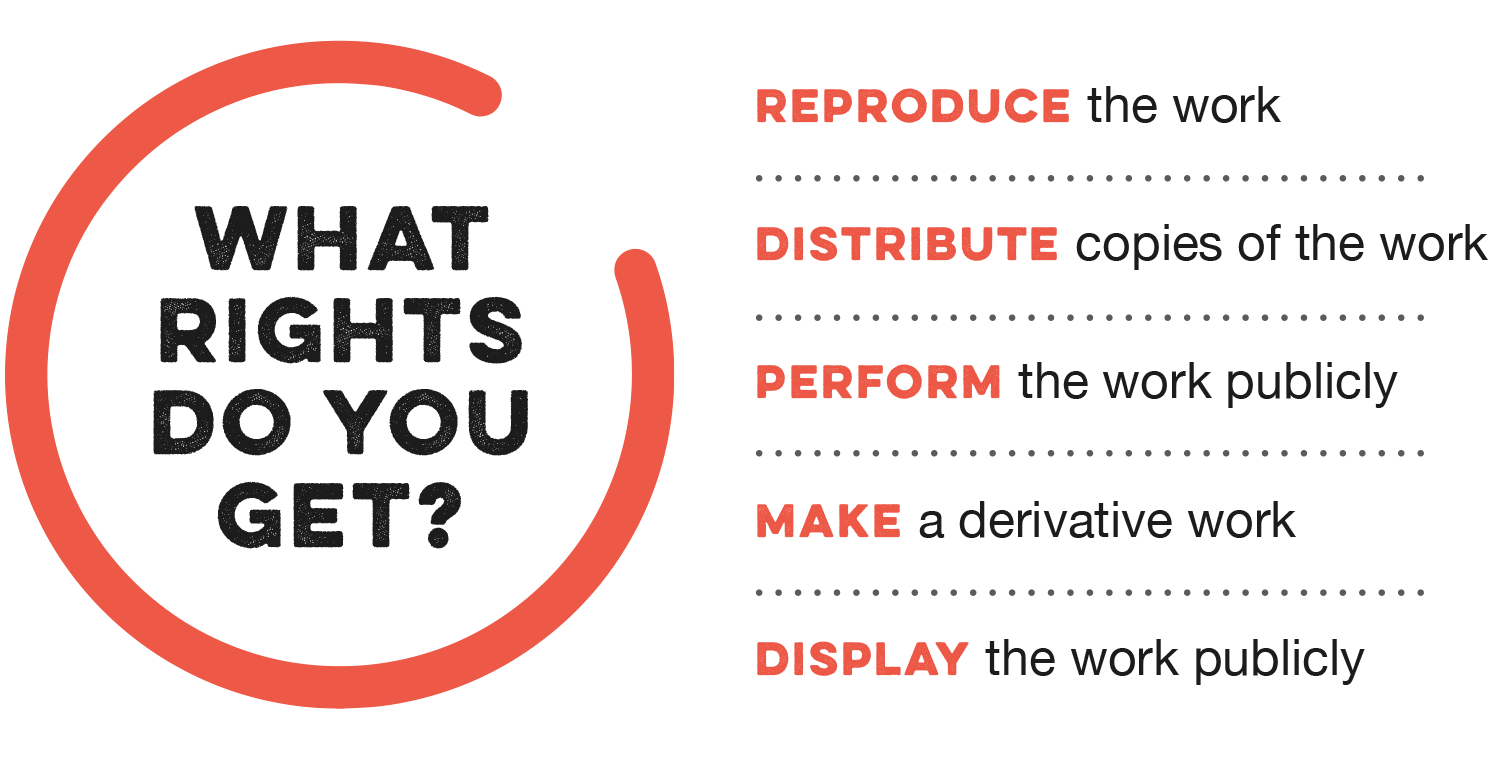 According to the Copyright Act of 1976, you may control public performances of your work at “any place where a substantial number of personas outside of a normal circle of a family and its social acquaintances are gathered.” This covers everything from concert venues to football stadiums, but does not give you the right to monitor, say, birthday parties or bar mitzvahs.

Rightsholders may also license their work via a collection society and earn royalties from radio play, TV broadcasts, live performances, and streams.

Payouts from digital streaming services have been inconsistent and wracked with fraud historically, so make sure you do your research and recognize current mechanical rates. If your songs are on Spotify and have logged more than 10,000 streams, you can get a general sense of your potential earnings with our Royalty Estimator.

Whether it’s through homemade CDs, a personal website, or a dedicated distribution platform such as CD Baby or Distrokid who delivers your work to streaming services around the globe, distributing your work is one of a songwriter’s principal rights.

While streams accounted for roughly 83% of recording industry revenue in 2020, the demand for vinyl and cassette tapes continues to grow. Songwriters have the right to produce physical copies themselves or pay a manufacturer to do so on their behalf.

“Reproduction” also refers to digital downloads. This means that anyone who wants to copy your song (whether by releasing the primary recording or a cover) needs to pay you a license fee.

A “derivative” work is a musical arrangement that alters key elements of another composition. As the songwriter of an original work, you have the right to change, adapt, or transform it as you see fit. However, another songwriter cannot co-opt substantial portions of your work and call it their own.

A major example of this is the hit single “Blurred Lines.” In a closely watched federal case, Robin Thicke and Pharrell Williams were ordered to pay Marvin Gaye’s family $7.3 million for their song’s inescapable similarities to Gaye’s chart-topping single “Got to Give It Up.”

While the historic ruling was eventually reduced to $5.3 million, Gaye was given a co-writer credit that spilled over into the “Weird Al” Yankovic parody “Word Crimes.” Unlike “Blurred Lines,” it classifies as a parody and falls under the same “fair use” category as derivative works that were created for educational purposes or as a form of social commentary or criticism.

Another example would be the 2 Live Crew song “Pretty Woman,” which was declared a parody based on the Roy Orbison ballad “Oh, Pretty Woman.” That case went all the way up to the Supreme Court and established a precedent for similar forms of fair use.

Creating Visual Representations of Your Song

This may be the least-invoked right of the songwriter, but that’s not to say it’s unimportant. It applies to visual representations of musical works — printed materials like sheet music and lyrics, for instance — rather than the sound recording itself.

More commonly, this right protects audiovisual material containing your copyrighted work, such as music videos. Any time someone wants to use a song in conjunction with a moving picture, they need to secure a sync license (and pay a fee) with the writers/publishers of that song.

We hope this gives you a solid grounding in your basic rights as a songwriter, and some of the ways you can use those rights both to protect your intellectual property and earn money through their performance or playback.

For more information, please consult a legal advisor or the U.S. Copyright Office website. The latter can also help you decide when you might want to file a more formal copyright request.

What is the Music...

Building the Team: The Role of...