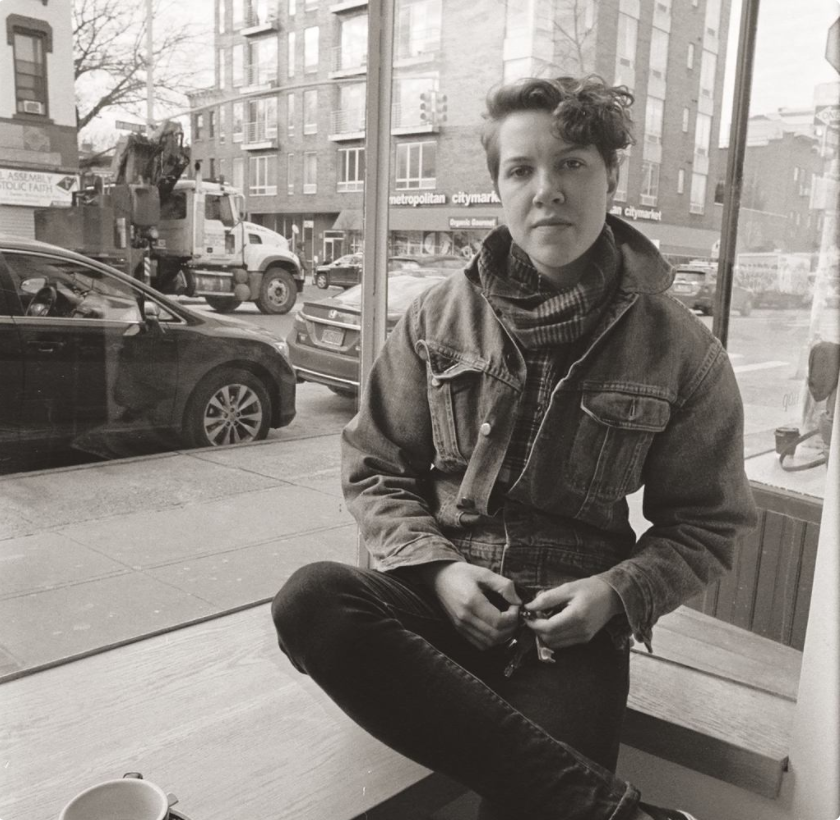 I've always believed that songwriters and musicians are some of our very best storytellers. Storytelling lends itself to visibility and representation, which fosters a sense of community. Community is anything that drives home the idea that you are not alone. Therefore, community does not need to come from a group of people that you know personally. In my closeted journey through high school and part of college, this was true for me. My community became the artists whose records I bought, whose shows I saw, whose words resonated with me.

The music of Courtney Barnett, Julien Baker, Sleater-Kinney, Prince, Christine and the Queens, St. Vincent (the list goes on) became the catalyst to me finally coming to terms with who I am. Listening to artists like this was the first time my story and the emotions I was having made sense. I had related to music before I found these artists, but it wasn’t validating. I was stuck in the top 40’s matrix in high school, which, at the time, was dominated by straight men and women. I always found myself so fixated on who these artists were singing about. Something that, when I brought it up to my friends, seemed strange seeing as no one else seemed to care about what pronouns the songs were using. Furthermore, I found I was only relating to songs about women and not in the sense that I wanted a man to feel that way about me, but in the sense that I resonated with how the songwriter felt about women. As far as I was concerned, that feeling didn’t make any sense because all I heard were straight men singing these songs, which made me confused and angry.

When I think of my musical turning point, I think of a TA I had during a pre-college program I attended at Boston University before my senior year of high school. She was a bassist in a garage punk band called Potty Mouth (I later learned that they named themselves after Bratmobile’s debut album). She showed me their Bandcamp page and I dove in. Potty Mouth totally rocked my world. I had never heard anything like them before. They were loud, they were smart, they were angry. I looped them almost my entire senior year of high school, but I didn’t know where to go from there.

It wasn’t until streaming music became more popular and more accessible in college that I was able to expand my musical palette and discover bands like Potty Mouths’ influencers from the Riot Grrrl movement. This lead me down a wonderful path of empowering, queer, feminists demanding space and telling their stories in all different genres. I found queer women telling their stories through punk music, folk music, electronic music, hip hop and R&B. Who knew queers were such a diverse bunch? I didn’t! In Sleater-Kinney’s One More Hour, I related to heartbreak in a way I never had. In Janelle Monae’s Mushroom & Roses I related to infatuation and having a crush like never before. Young M.A. reclaimed lesbian sex which is so often fetishized in hip hop music. I wasn’t just relating to songs anymore, I was being validated by them.

My coming-out story is defined by music. It was music that forced me to recognize my confusion and it was music that guided me in the direction of understanding who I am.

Storytellers are the fuel for visibility and acceptance. When people tell their authentic and honest story, the world becomes a little less small and little less lonely. I can’t think of anything other than stories that have been more important in my life as a member of the LGBT community. It is songwriters like Corin Tucker, Janelle Monae, Courtney Barnett, Annie Clark and Abby Weems whose courage to tell their story gave me the community I so desperately needed. It is for these reasons that I am so proud to work with the incredible team at Songtrust, a group of people that celebrate the power of stories and support those who tell them.

Songtrust is proud to support love and equality for all of our 150,000+ songwriters and 20,000+ publishers throughout their careers. Check out our Pride-inspired playlist, full of Songtrust clients, here.

We're also rapidly growing and looking for talented, diverse, and intelligent people to join our team. If you want to join an inclusive and passionate community, take a look at our open positions.