Performing Rights Organizations (aka PROs) are an important part of any songwriter's career – even when a songwriter doesn't realize it. While PROs collect royalties for songwriters when their works are performed publicly, such as played on television and AM/FM airwaves, through internet radio services like Pandora, at a club, inside a restaurant, or at a concert, most organizations don't stop there. Many tackle other issues impacting their members, such as fighting music piracy and keeping up with changes to the industry that have resulted from the advent of digital music. They advocate for artists and writers in their countries or origin, too. We strongly believe that it’s important for songwriters to learn about the PROs in their territory and around the world. Here's a quick overview of just some of the biggest players in the industry: 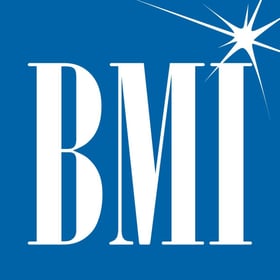 Mission Statement: This non-profit founded by radio executives "serves as an advocate for the value of music" and "supports its songwriters, composers and publishers by taking care of an important aspect of their careers – getting paid," according to the BMI website. They offer blanket music licenses to businesses and organizations that allow them to play nearly 13 million musical works.

ASCAP, The American Society of Composers, Authors and Publishers

Mission Statement: The only American PRO created and controlled by composers, writers, and music publishers—its Board of Directors is elected by its members. “A music creator is like a small business,” reads ASCAP’s website, “and we exist to ensure that ASCAP members are paid promptly and fairly when their compositions are performed publicly.”

Mission Statement: A PRO in the U.S. that is not open to all songwriters, SESAC is invitation-only. “With an international reach and a vast repertory that spans virtually every genre of music, SESAC is the fastest growing and most technologically adept of the nation’s performing rights companies,” reads the SESAC site. Note: the SESAC abbreviation is, today, meaningless; the organization was originally founded to serve European composers underrepresented in America before branching out to become a full service PRO.

SOCAN, Society of Composers, Authors and Music Publishers of Canada

Mission Statement: Using progressive technology and a commitment to lead the global transformation of music rights, SOCAN is dedicated to upholding the fundamental truths that music has value and music creators and publishers deserve fair compensation for their work.

Mission Statement: When Australian and New Zealand songs and compositions are performed overseas, APRA AMCOS ensures the writers get paid. APRA AMCOS also helps music customers in Australia and New Zealand access music from the rest of the world and advocates on behalf of music creators' rights and the Australasian music industry locally, nationally and internationally. The organization is an alliance between two organizations – APRA (Australasian Performing Right Association Limited) and AMCOS (Australasian Mechanical Copyright Owners Society Limited) – in response to feedback from music creators and customers that they'd prefer to deal with one organization.

Mission Statement: GEMA is the only organization representing usage rights stemming from authors' rights, such as mechanical licensing, broadcast licensing, and synchronization licensing, in Germany.

Mission Statement: A UK organization, PRS for Music is the merger of the Performing Right Society (PRS) and the Mechanical-Copyright Protection Society (MCPS). PRS collects when its members' works are performed or communicated to the public. MCPS collects for mechanical uses. 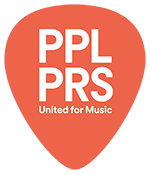 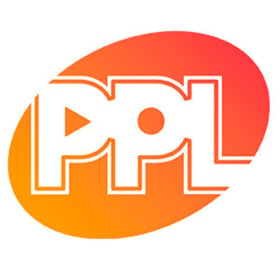 Mission Statement: PPL licenses TV and radio broadcasters in the United Kingdom to play recorded music as part of their programming, from the BBC, ITV, Channel4, Five and Sky to commercial radio networks such as Capital, Heart and Absolute Radio, as well as online services. PPL also licenses music suppliers to copy recorded music for services such as in-store music systems, jukeboxes, compilations for exercise classes and in-flight entertainment systems.

SACEM, Society of Authors, Composers and Publishers of Music

Mission Statement: The Society of Authors, Composer and Publishers of Music (SACEM) is a non-profit non-trading entity owned and managed by its members. SACEM collects and distributes royalties on behalf of its clients, thus guaranteeing the authors’ intellectual property rights over their works. SACEM plays a crucial economic role in preserving musical creation and public use in France.

Mission Statement: Koda is a non-profit collective rights management society that administers Danish and international copyrights for music creators and publishers, when their music is performed in public. Koda represents approximately 45,000 Danish composers, songwriters and music publishers. Through reciprocal contracts with rights societies in more than 180 countries, Koda offers the entire world repertoire of music in one single agreement.

SACM, The Society of Authors and Composers of Mexico

Mission Statement: The Society of Authors and Composers of Mexico (SACM) is a non-profit collective management company created to strengthen the link between music users and composers. SACM promotes a new musical culture in Mexico that includes the recognition of musical copyright, and jointly seeks, with the society and the government of Mexico, the due protection of intellectual works as an important part of the cultural heritage of the nation and as an essential element of Mexico’s cultural identity. SACM believes that the work of composers is a profession worthy of protection.

There are many, many more PROs around the world, this is just a small set. Learn more about how Songtrust can help you affiliate with your PROs and set up an account to start collecting all your global royalties!

How Do Songwriters Get Paid For Super Bowl Halftime Performances?