How Can the Music Industry Better Support Women? 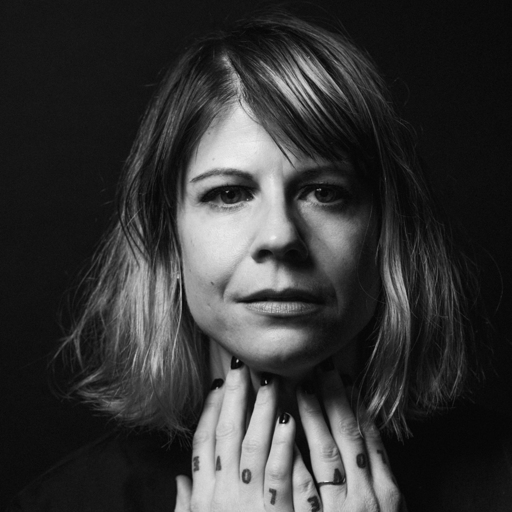 Women working as performing artists, songwriters, producers, and on the business side of the music industry have long bonded with each other over stories of sexual harassment, being scolded for assertiveness, being themselves criticized, or hearing other women musicians being criticized as too sexual, not sexual enough, too feminine, too manly, too outspoken, too fat, too political, pandering to the mainstream, being intentionally outré, and so much more. And that’s when there are any other women in the studio, in the tour bus, or in the boardroom, at all.

When MIDiA Research published its Be The Change report, a survey of over 400 women musicians, women in the music world weren’t surprised at the obstacles faced by the survey respondents. But it’s always a shock to see the hard numbers that show - perhaps even more than expected - the monumentally difficult road faced by women who make their career in music.

A startling 90% of those surveyed agreed that the music business treats women differently than men; 81% agreed that it’s harder for women creators to get recognition, and the same number found that there are fewer female role models available for women musicians. Among the challenges faced by women along their careers in music, 64% indicated that sexual harassment and objectification was the primary challenge faced by women in the music business.

Is it any wonder, then, that the recent USC Annenberg Inclusion Initiative report found that only 21.6% of the songs on the Billboard Hot 100 in the past nine years were performed by women? Hearing the story of an unpaid intern at a legendary New York recording studio, fired for getting “too much attention” from male clients who couldn’t “behave themselves,” is it any wonder that Women in CTRL found that only 3% of the songs in the UK Top 100 radio chart featured a female producer, and 63% of the MIDiA survey respondents agreed that music production excludes women?

How We Can Move Forward

How can we work toward a more equitable industry for women who make music? How can we, further, recognize that the industry’s historical biases against and exclusion of BIPOC and LGBTQ+ people compounds the obstacles faced by women in those communities? With 36% of survey respondents indicating that resources for musicians are male-dominated, and 11% of them indicating that male-dominated labels are primary among the challenges facing women creators, the rise of creator services - direct distribution platforms like CD Baby or DistroKid, and publishing platforms like Songtrust, among others - will be key in increasing equity, argues Molly Neuman, Songtrust’s president, in this guest post for Variety.

And the importance of role models and representation cannot be overstated. Survey respondents agreed that increased representation is an urgently needed change, and that access to mentoring and coaching, as well as more visible female role models, would encourage more women to make their careers in music. Trina Shoemaker, the first woman to win a Grammy for engineering, recalls that early in her career, “[A&M Records] actually told me we don’t hire women, period. I mean it wasn’t, ‘We’re not hiring,’ it was that we don’t hire women in the studio….I didn’t see it as [gender] discrimination. I just thought of it as, ‘Oh, okay, you don’t hire women, I get it. I mean, there are no other women engineers that I know, I’ve never heard of one...I don’t find any in any books or any magazines. As far as I could tell, at that point, they simply didn’t exist.”

A smaller - but significant number - of women surveyed mentioned confidence issues as keeping them from moving forward with their music. And while imposter syndrome is much-cited as endemic, particularly among women, what if the call isn’t always coming from inside the house? In the Harvard Business Review, Ruchika Tulshyan and Jodi-Ann Burey posit that focusing on imposter syndrome among women and BIPOC individuals - that is, a problem of the individual, who needs to overcome it - allows us to discount the tremendous negative impact of the actual harassment, denial of opportunity, and other mistreatment they face. Whose confidence wouldn’t flag in the face of being told your “attitude” is a problem, when you witness worse behavior from male colleagues? Being told your video budget is on hold until you lose fifteen pounds? Being told you’re just “not a good fit” in an all-male writer’s room or recording session?

As legendary performer, songwriter, and composer Björk put it in an interview with Pitchfork, “I want to support young girls who are in their 20s now and tell them: You’re not just imagining things. It’s tough. Everything that a guy says once, you have to say five times….I’ve been guilty of one thing: After being the only girl in bands for 10 years, I learned—the hard way—that if I was going to get my ideas through, I was going to have to pretend that they—men—had the ideas. I became really good at this.”

All of that said, there was some good news. Among the survey respondents, 52% found increased opportunity for producers and industry leaders, and 28% found increased support through initiatives and resources in the past year. Sharing these and similar reports, sharing our stories, and energizing our friends, colleagues, and collaborators to do better is a small, but important, step. As Björk put it, “I definitely can feel the third or fourth feminist wave in the air, so maybe this is a good time to open that Pandora’s box a little bit and air it out.”