A Guide to Sync Deals and Licensing

While they were once considered by some a sign of “selling out”, sync deals have become a significant source of income among some independent musicians in recent years. (See: the 50-percent spike in syncs at CD Baby, for instance.)

They can also be a modern-day form of marketing and creativity — a way of having your hooks take on a new life outside radio stations and record shops. Or as composer/trumpet player Matt Block put it in a Songtrust guide a few years back, “I believe sync, for the most part, is entirely beneficial for artists. It can be instrumental in helping to grow your organic fan base — the people who will consistently stream your music and come to your shows.

“It allows your music to take on a whole new meaning and creative purpose, and it provides a revenue stream that you can invest back into your career. However, know your value! Do not give your music away for free.”

Other best practices include having a song properly registered; knowing its rightsholder information (e.g., who owns the recording and who represents any other songwriters); having a WAV file instrumental version, and stems on hand in case a client needs it, and submitting writer/publisher info to your music supervisor to ensure cue sheets are entered correctly and performance royalties are paid out properly.

Here are some other frequently asked questions you may face while deciding on sync deals of your own, starting with an obvious one,

What Is “Sync” (Synchronization)?

In the music business, it refers to synchronizing audio (a song or piece of music) to any form of visual media (a film, TV show, commercial, video game, or online content like a social media post or YouTube clip).

What Rights Are Involved?

A grant of synchronization rights is required when audio is synced with a visual component. These rights are generally administered by music publishers, songwriters, or their representatives for the publishing/composition rights, and a label, distributor, or artist for the recording rights. Rights owners sometimes hire a third-party agent to administer their synchronization rights.

Other rights may be involved as well, such as when a sync in a TV show is broadcast on network television. In that case, a performance license would also be required. On the other hand, a mechanical license would be required if a film sync is reproduced in DVDs or digital downloads.

Who Needs to Approve the Synchronization Use? Are Separate Approvals Needed for Each Part of a Song?

Each rightsholder involved in a song – for both the underlying publishing and the recording – needs to approve and license the rights for a synchronization use. This can be fairly straightforward when an artist is the sole writer of a song and also owns the recording. But it can also involve many different parties, such as when there are 10 songwriters and the recording is controlled by multiple entities. Each rightsholder would need to give approval in that case, and if any one rights holder denies the usage, the sync cannot move forward. (This is why cover songs are commonly used for sync - often a famous original recording is either too laborious or too expensive to license.)

How Do You Ensure You’re Not Being Negatively Exploited?

A rightsholder should ask for as much information about the usage as possible, including what media, territory, and term the licensee needs, production information, the length and type of use, a scene description, which recorded version is being used, and any other relevant details.

The more information you have, the better you will be able to understand the use and make sure you are comfortable approving the use and receiving a fee fair for the usage.

It is also very common to negotiate “most favored nations” (MFN), which stipulates that your terms will be changed to match more favorable terms (e.g. higher fees) granted to any other rightsholder of a song you co-own (such as publishers, or recording owners).

What Kinds of Clauses Might You See in Sync Deals?

You will typically see all of the details of a synchronization use outlined in the agreement, including media, territory, term, fee, timing/type of use, and payment terms, as well as any restrictions on the use and/or reservations of rights. You will also find an area where you grant the synchronization right along with any other applicable rights, such as performance rights or mechanical rights. There will often be other “boilerplate” language, such as warranties and representations, indemnification language, assignment language, and a choice of law provision. Many synchronization agreements also include the “most favored nations” language.

How Do You Earn Publishing Royalties When Your Song Is Used in a Sync Deal?

You can earn multiple income streams for synchronization usage. The synchronization fee is most often a flat upfront fee but can be an advance based on future royalties, or just royalties, depending on the media and terms approved. You also earn performance royalties when audiovisual content is broadcast or performed to the public (such as on a TV station or on-demand streaming service like Netflix), as well as mechanical royalties for any physical copies or downloads of the TV show or movie.

What Questions Should You Ask a Music Supervisor Before Accepting an Offer?

You should ask for information regarding the media, territory, term, scene description, and use of the song within the production. You can also ask for more information about the production itself, its overall budget, and who is involved in the project (e.g., who the director is, who the actors are, or who is distributing the project). You can try to negotiate MFN with your co-rights holders, or even with other songs in the production if applicable. The more information you have the better prepared you will be to consider an offer and make the right choice for you.

For more information on sync deals and licenses, check out our Help Center database here. 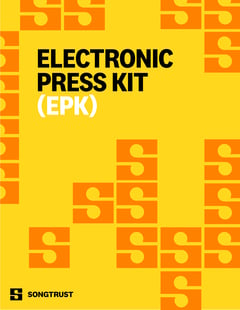 
Ready to pitch your music to industry professionals? Find out what to include and leave out of your Electronic Press Kit to stand from the crowd.

Uncommon Ways Your Song Can Make You Money